Most Popular Bookies in India

Over the past decade, the Indian betting industry has soared to new heights. Gambling has had a long history in India. However, technological advances, key among them being the internet and mobile technology, have revolutionized the gambling industry. These developments have seen local punters shift their eyes to international casinos and sports betting. Present-day Indian punters are keen to take advantage of the convenience and variety offered by online casinos over their brick-and-mortar counterparts.

With gaming trends painting a positive impression about the future, the authorities have been thoughtful about the possibility of opening up the online gaming industry. As of now, most Indian punters place their wagers in offshore betting sites, which offer a decent collection of both local games and popular international variants such as slots and roulette. 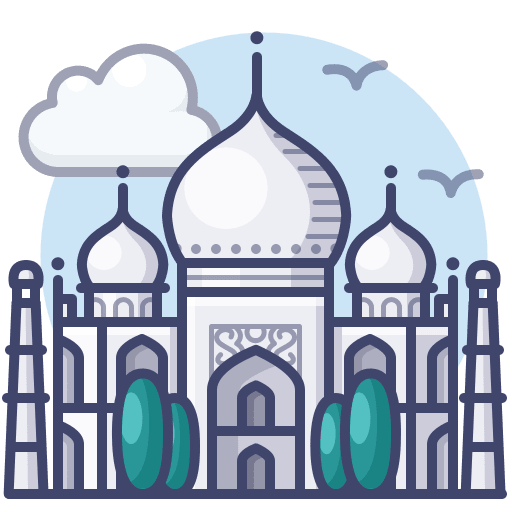 History of betting in India

New operators have been keen to take advantage of the huge potential offered by the Indian gaming market. The only stumbling block is that most Indian betting laws are directed towards brick-and-mortar casinos and are yet to be fully customized to cater to online casinos. While there aren't many local online casinos, Indian players are forced to explore some of the best online sites that accept Indian punters.

India has a long history of gambling. Historical texts show that Indian gambling history dates back to the 7300's BC. At the time, gambling activities revolved around board games. Moreover, gambling was a part of society's social fabric as it was never condoned or forbidden. The Mahabharata – the longest poem ever authored, and the story of the Indian prince, Yudhisthira Paandava, whose failure was attributed to his fondness to play dice games, are further underscored.

In 300BC, Buddhist texts indicate that Indians were gambling with nuts from the Bibhitaki trees as dice. The dice were later replaced by Astragali, which as the famous Passa game come about. Besides dice games, Indians also grew fond of gambling on animal events, including ram and cock fights. Over time, Indian bettors moved to the 'much advanced' horse racing games.

Fast forward, the gambling boom ripened in the 15th century, and this saw several legal gambling spaces open up across the country. However, gambling houses were heavily regulated at the time. These regulations were not chiefly directed towards player protection but ensured that 'taxes' were remitted to the king. Being among the first people to use 'dice like' elements and gaming tax, it is apparent that India has had a massive contribution towards modern-day gambling.

While India played a significant role in early gaming history, the Europeans greatly influenced it. In the 1970s, the introduction of cricket betting played a massive contribution in cultivating the sports betting culture in the country. Later in that century, the British introduced horseracing events in the country.

The prevalence of sports betting saw gambling grow out of control, necessitating some legislative frameworks. Key among this legislation was the Public gaming Act of 1867 that outrights made the operators of gambling houses in India illegal.

Indian betting in the 90s

Following India's independence from the British in 1950, the nation's position on betting was somewhat 'mixed up.' Gambling and betting matters were left to the state, and only state legislature had the mandate to change gambling laws, which also included setting taxes on betting and gambling.

India has been subject to pre-independent legislation regarding gambling for a long time. As such, the country's position on betting remained unchanged for the better part of the 20th century. As much as the principle of the Public Gambling Act of 1987 remained in the 90s, there were also several notable amendments, the most significant ones touching o the state's power towards betting and gambling.

For a long time, Indian authorities had been keen on toughening the gambling space to save the local population from the negative effects of gambling. While this meant that punter's rights to gamble were taken away, it did not stop the locals from gambling. With technological advances providing all manner of opportunities, it remains clear that the future of gambling in India could be as rich as its history.

While brick-and-mortar gambling has an underground life in the country, advances in technology have brought considerable opportunities for punters. Almost half of the internet users in India spend some time gambling, whether for fun or real money. The number of online casinos and sportsbooks accepting Indian punters is fast increasing, with most of them accepting payments in Indian Rupees.

Future of betting in India

If everything remains the same, the future of betting in India looks positive on many fronts. If market projections are anything to go by, the industry is estimated to project by double digits. Best of all, there could be significant progress aimed at enacting more comprehensive betting legislation.

Are bookmakers legal in India?

Gambling or betting in India is often viewed as a highly complex subject. Indians have been actively participating in gambling activities, albeit casually, with family, friends, or colleagues for a long time.

Back to the question, are casinos legal in India? Technically, gambling has been illegal in the whole of India since 1867. In recent years, some states have been making considerable efforts to legalize gambling activities. As it stands, three Indian states have successfully legalized gambling. As it stands, only land-based casino gaming is legalized in the country.

Although real money casino gambling is prohibited, the states of Daman, Sikkim, and Goa have opened their doors to casino operators. The law offers all of India's 29 states and seven union territories the liberty to declare their position on gambling. Each state's legislative council has the mandate to draft laws on various subjects.

The Public Gaming Act of 1867, mentioned earlier, is the central law governing India's gambling activities. Ideally, this statute makes it illegal for anyone to run a gambling house (casino) in the country. The regulations established by the Public Gaming Act have been adopted by several states, while others have been keen to enact their laws, commonly referred to as "Gambling Legislations."

Although the constitution strictly forbids gambling, the states are given the liberty to form and implement legislation on gambling matters. Under the 'old law,' games are divided into two main categories:

Based on this classification, there are still varied viewpoints regarding gambling in India. It is worth noting that some games, such as poker and sports betting, might require skill or prior knowledge, but they might not be considered legal. In a way, this has made it difficult to determine whether any form of gambling is legal or otherwise with certainty.

Over the years, there have been some legislative efforts from various quotas. Some have been directed towards enhancing the land-based gaming environment, while others are directed towards online betting. That said, here are some betting acts in India.

This act is considered an extension of the Public Gaming Act of 1967. It prohibits betting using money or money's worth on uncertain events. Moreover, Assam Game and Betting Act also outlaw any betting establishment within the state.

This legislation expressly prohibits gambling-related activities in the state of Maharashtra. However, this legislation allows for betting on horse and dog racing events.

Delhi Public and Gaming Act of 1955

This act expressly prohibits gambling houses, such as casinos or sportsbooks, within the state. Moreover, individuals found in such establishments for gambling purposes are liable for impressment or fines. Technically, gambling is legal in Delhi, provided it is not 'public.'

There are numerous sporting activities in India. However, not all games are popular, especially among bettors. That said, here are some Indian players' favorite sports to bet on.

Cricket has been the most popular game in India for over 300 years. It is no surprise that plenty of betting sites that cover the sport are widely covered. The Indian Premier League is undoubtedly the most popular, seeing millions of Indian bettors place wagers on this league every season.

Hockey enjoys a huge following in India. Besides local leagues, some of the biggest international events are often hosted in India. Hockey's popularity has fast spread into online betting circles. Indian betting sites extensively cover both local and international hockey events, offering a variety of markets to cater to diverse player preferences.

Horse racing is considerably popular in India. In light of this, finding sportsbooks covering horse racing events can be incredibly easy, with many sites offering hockey betting an option.

Football commands a huge following in India. This sport attracts a huge audience, mainly from the Northeast and West Bengal. When it comes to sports betting, most Indian bookies offer a wide coverage of football in terms of coverage and the richness of betting markets.

Other popular sporting events in India include Tennis, kabaddi, Athletics, and Dog Racing.

Unified Payments Interface, UPI, is India's most popular payment method in the online gaming landscape. Most bettors love UPI for its flexibility and reliability. Better yet, it is accepted at most Indian betting. Deposits are completed instantly, although there is usually a standard wait time for withdrawals made using bank transfers.

Indian bettors largely accept Google Pay. However, Google Pay is available through UPI and NetBanking. What's more, this payment method can be used on both Android and iOS devices, and the fees are not exorbitant.

E-wallets are a popular payment method among Indian players. The best part about e-wallets is their reliability as far as circumventing gaming restrictions is concerned. Some of the most used e-wallets in India include Neteller, PayPal, and Skrill.

The list of payment options keeps getting longer. Other notable mentions include NetBankig, Paytm, PhonePe, and Crypto payments.

Is Online Betting Legal in India?

There is a lot of confusion concerning the legality of online gambling. Online betting is outlawed or restricted in most Indian states. However, no explicit law prohibits Indian residents from betting online.

Is Sports Betting Legal in India?

Like other forms of gambling, sports betting is largely illegal except for betting on horse races. However, the legal position is primarily informed by respective laws. However, the existence of grey areas in the law is often seen as a blessing of some sought, especially for online sports bettors.

What Is the Best Sport to Bet On?

While some games enjoy considerable popularity in the country, no single sport can be regarded as the 'best to bet on.' As such, it is the player's responsibility to examine different games and pick the best tool.

What Is the Best Sports Betting Site?

There are hundreds or thousands of betting sites available to Indian bettors. While it's hard to come up with an outright winner, anyone getting into sports betting should look at objective reviews. Every betting site is different, and there isn't one that can be outrightly regarded to be the best.